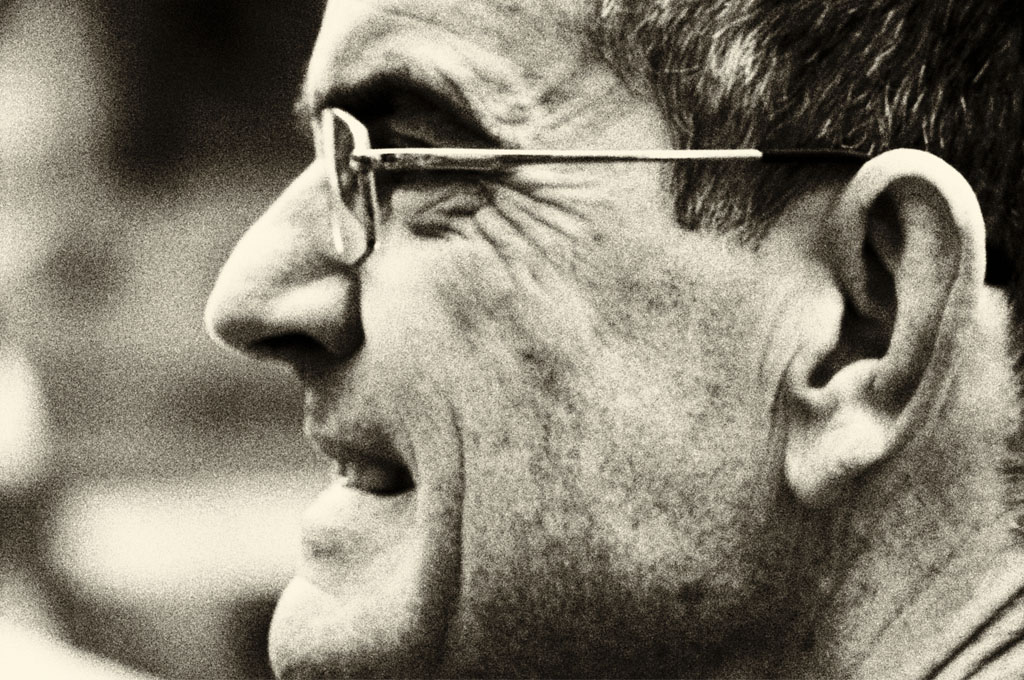 For this exercise, we are asked to present five photographs where the subjects do not realize that they are being photographed. The exercise explicitely includes a safety warning, since certainly not everyone can be kindly when being photographed surreptitiously.

The most complicated thing for this exercise was to find a situation where I could photograph the subjects without drawing much their attention, and having a certain freedom of movement. The first thing I thought was to use technique like the one used by Walker Evans that hid a camera under his coat, or Paul Strand with his camera Graflex with the tricky lens. I have to admit that I entertained the idea of using such a device to photograph my subjects, but I soon dismissed it, because hiding a voluminous SLR camera with a 24-70 lens that weighs about 1 kilogram is not a trivial matter, and I still would have to devise a plausible strategy to show me off in public with such an artefact.

A large telephoto lens could also facilitate the work, since the distance guarantees some coverage and the possibility that the subject does not notice my presence. Unfortunately, the maximum focal length I have available for my camera is a 100mm prime lens that I usually use for macro photography, and to get a level of detail enough I should not have to shot more than 15 meters away from the subject.

As for the type of subject and situation I could photograph, I though from the first moment, that it must be people totally unknown to me. Although a family reunion could also provide me with an adequate situation, it would lack that risk and adventure component that I believe the exercise demands, and that I could only find if I was facing a totally unknown situation. A street scene was the option I managed, and I immediately thought of situations where individuals were standing and waiting in the street: a bus stop, pedestrians or drivers stopped on a traffic light. I tried to locate a place where I could shoot these scenes with relative security with my camera, but I found no satisfactory place.

The opportunity showed off this past weekend, because a solidarity race was held in the city in favour of those affected by multiple sclerosis. The moments before the race, in which the athletes are concentrated waiting for the start, seemed to me a convincing moment, so that I showed up there on Sunday morning half an hour before the competition began.

I used my 100mm lens and moved discreetly around the place. Few people seemed to notice my presence, and in any case, those who saw me maybe confused me with some photojournalist of the local press or some photographer of the organization. I took advantage of the coverage of some tree, and try to take different types of planes (lateral, frontal, rear). I took about 50 photographs, focusing mainly on isolated individuals, or showing some striking gesture during the waiting minutes prior to the start of the race.

In the pictures, I have selected the subjects are not doing anything, they are just waiting. Some entertain themselves by tuning their timers, some seem focused, some do warm-up exercises, some others have their gaze lost, and some show the confidence and beauty of the ancient Olympic heroes. 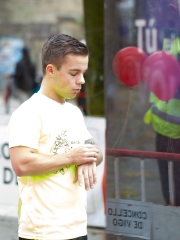 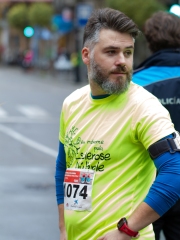 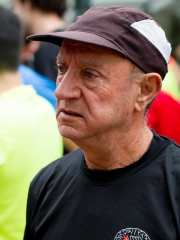 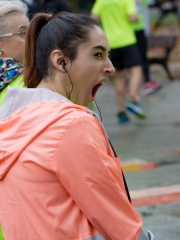 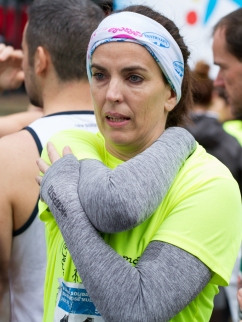 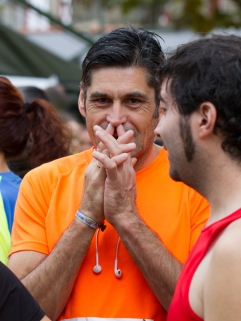 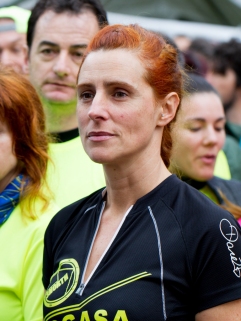