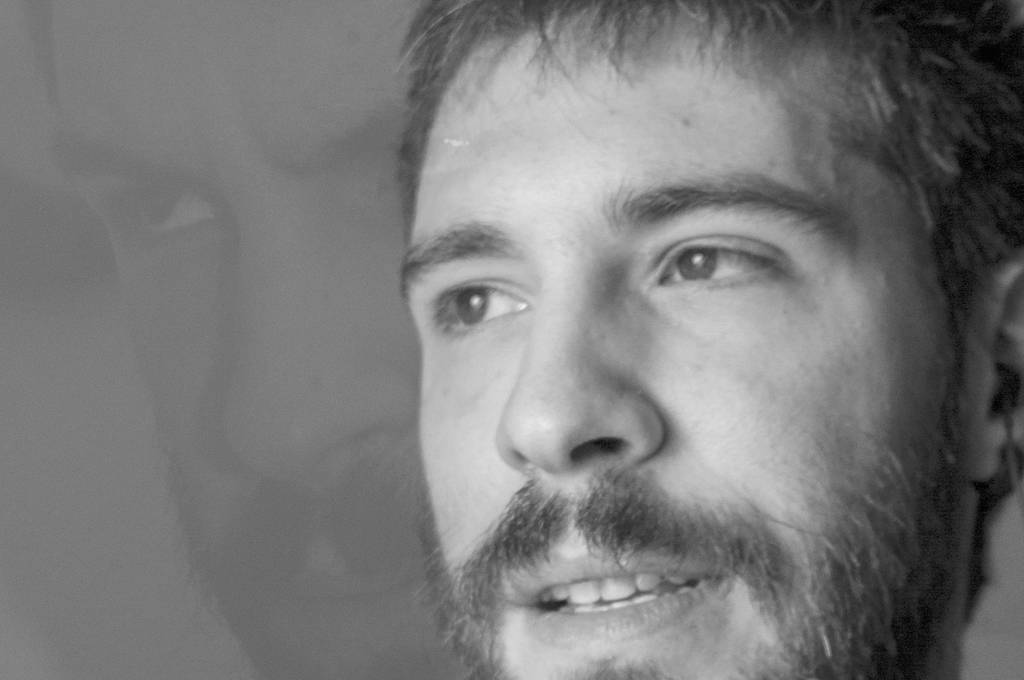 I began to take the pictures for this exercise just before of the discovering of the work of Julian Germain, and I’m amazed to found certain similarities, putting aside the differences of methodology and quality of the result of course, with Germain’s work.

The election of the subject and subsequent approach to him is based on how the economic crisis in Spain has motivated that young people live in their parents’ house to cope the hard situation. Traditionally, the Mediterranean familial model establishes strong relation bond between all the family members, and although with the globalization we had witnessed in the past year radical changes in that model, the financial crisis and the lack of jobs and labour expectation motivated that a lot of young people who lived independently decided to return to the nest.

I took a series of seven photographs to compose a kind of documentary reportage that depicts everyday life my son Brais. He is a pianist and composer, and despite of his succeeded career as a musician he should live with us to be able to get through the end of the month. The “biopic” doesn’t draw a complete profile of the person including all the facets of his personality and activity; It is focused in his stay at home, covering several situations. From the comfort to be at home, depicting the subject wearing his housecoat; working on his room, where I included the piano with the concert score on the lectern that represent one of his main income source as an accompanying pianist; his house keys that depict the sense of belonging to the home (of course, he is free of coming and going); the conflict point of the housework and chores, represented with his angry facing while he is carrying a bunch of cups from his room to sink; and his commitment to make a living, shown in the scene when he is leaving home with the bag of his concert clothes to perform as accompanying pianist in a national violin competition. The last picture, with the blurred effect, shows him driving his car, who will leave him temporarily away from home: the photographic effect is a way of represent the uncertainty of the future.

One of the differences against Julian Germain’s work is the use of black and white in this exercise instead of colour. Germain justified the use of colour in his work, because he wants to represent reality and “reality is in colour” he says. I agree with him, however my decision to use black and white is because I want to give a documentary character to this profiles, and they should be read as a kind of personal testimony, so I think in that sense BW plays better. Black and white also allows to concentrate more in gesture and composition, avoiding the distraction of colour. For example, in the first two picture of the series the ceiling of the room and the housecoat were green, and the resulting picture was to greenish so I decided to process it in black and white.